The Temasek Review
News and opinions from an independent perspective


During a ceremah at Ipoh last Saturday, PKR leader and ex-MCA Deputy President Datuk Seri Chua Jui Meng described his experience at the recently concluded Permatang Pasir by-election:
“I was at Permatang Pasir helping with the by-election and it was so amazing, so overwhelming to see the crowd come together….It was so heart-warming to see people of different races actually sitting together and getting along - they all want change.”

During the function earlier, a total of 600 applications for PKR memberships, signed by Barisan Nasional members, were handed over to Anwar.

Of the lot, at least 400 are from MCA (Malaysian Chinese Association) including a former deputy division chairman, scores of central delegates, division party post holders and members.
Barisan component party Gerakan was the first to suffer from the opposition’s stunning success at the last elections with senior party leaders led by ex-Vice President Dr Toh Kin Woon leading the exodus.

With MCA embroiled in a bitter power tussle between its President Ong Tee Keat and his deputy Chua Soi Lek, more disillusioned MCA members will be contemplating joining PKR in due course.

MCA is a pale shadow of its former self since losing the support of the Chinese community which has since swung strongly to the side of the opposition.

The Chinese-based Democratic Action Party (DAP) is also a beneficiary of MCA’s internal problems. However, more and more Chinese are seeing PKR as an attractive alternative.
Being a relatively young party, they will have the opportunity to play a significant role in building it up unlike the 40 year old DAP which is led by entrenched leaders like Lim Kit Siang and his son Lim Guan Eng.

PRK’s multi-racial message may be the way to go in the future as race barriers are gradually broken down among Malaysians especially those living in the urban areas.

The Malaysian Chinese are hedging their bets on a Malay Prime Minister like Anwar who will take care of their interests. His message of replacing the race-based NEP with a needs-based social welfare programme resonate with many Chinese who are finding themselves marginalized under an increasingly raciast and Islamist administration.


Race-based parties like UMNO, MCA and MIC are becoming obsolete and irrelevant in this new political landscape.


With PKR and its Pakatan Rakyat allies on the ascendency, Malaysia is poised for a change in government by the next election or the election after next and PKR will play a pivotal role in keeping the fragile coalition together.
at Wednesday, September 09, 2009 No comments:
Email ThisBlogThis!Share to TwitterShare to FacebookShare to Pinterest 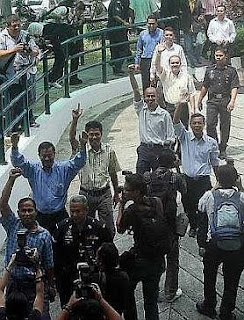 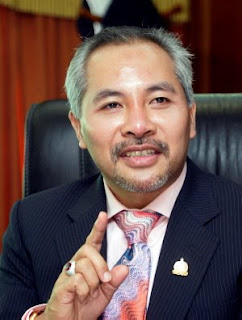 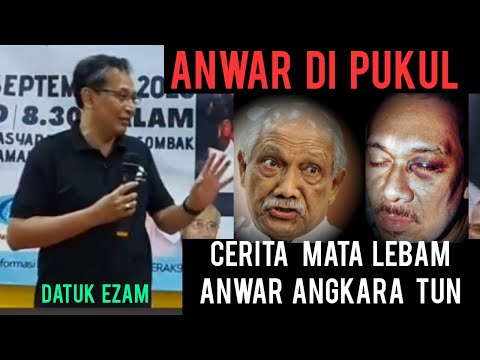