800 screened in raid at nightspot in Penang

GEORGE TOWN: An early morning raid at an entertainment joint here generated excitement when one of the revellers turned out to be businessman Jho Low.

The so-called international man of mystery, who made headlines after his “tell all” exclusive interview with The Star in July, was attending a gathering with friends from Penang, Singapore and Germany at the outlet in Upper Penang Road.

He was not hauled up nor detained during the raid. It is learnt that the raid was a routine operation in which bona fide customers were not affected.

Pressmen rushed to talk to Low as he walked to his car at about 5.30am and he politely answered their questions.

He said he arrived in Penang on Saturday morning and was to have left for Singapore yesterday before heading to the Middle East.

“My friends asked me out for a gathering as we have not seen each other for a while.”

A police team headed by Asst Supt Fauzi Mohd Yusof raided the place at 1.30am in an operation Ops Bersepadu which lasted till 6am.

They screened 800 revellers and took 101 of them to the police station for urine tests.

at Monday, September 20, 2010 No comments:
Email ThisBlogThis!Share to TwitterShare to FacebookShare to Pinterest 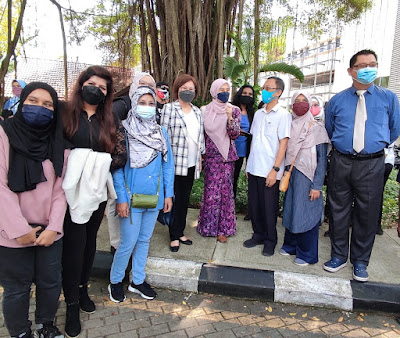