Meanwhile, Sim Tze Tzin said members who are not with the party's struggle are free to leave PKR. He was answering media's question if there are more PKR MPs or Aduns leaving the party.

Abdul Malik who is the Batu Maung Adun claimed these problems with its members are part of the Barisan Nasional scheme to topple the Penang state government through defections.

Meanwhile, at another location where a Ceramah Perdana was being held, Deputy Chief Minister 1, Mansor Othman said no one is going to cry over Zahrain's departure. He said Zahrain left due to personal and 'small' problems.

Finally, CM Lim Guan Eng repeated his claim that the reason for Zahrain's unhappiness was over a 'RM2.00' company. He said Zahrain had betrayed his voters in the Bayan Baru parliamentary area and Zahrain has to answer to his voters.


at Saturday, February 13, 2010 No comments:
Email ThisBlogThis!Share to TwitterShare to FacebookShare to Pinterest

On February 8th 2010, 3,600 factory workers, mostly women, in the Hlaing Tharyar industrial zone in Rangoon, Burma, protested against the substandard working conditions they are forced to endure in the factories. Workers employed at the Opal 2 and Mya Fashion factories demanded a wage increase of 10US$ a month. The next day, workers at the Taiyee shoe factory, and the Kya Lay garment factory also came out to demand the enforcement of public holidays, an increase in their daily wage, proper payment of overtime and other basic rights.


The Burmese military regime responded by bringing in hundreds of armed police and warned the workers that they would face a violent crackdown if they did not disperse peacefully. On February 10th the workers had little choice but to accept a compromised settlement of a monthly increase of US$2 –US$5. But then the next day, February 11th, workers from Myanmar Sunny shoe factory form Industrial Zone No.(2) and from Miss Style shoe factory from Industrial Zone No.(3) announced that they would also demand increased wages.
The industrial zone where these factories are located employs between 50,000 to 70,000 workers. The factories are owned by Korean, Thai and Burmese nationals, among others. Workers earn only around US$5 a month.


Burma continues to be ruled by a military dictatorship with a record of violent crack- downs against any form of protest or gatherings over 5 people. Trade unions are banned. Workers in Burma are thus denied their basic rights of assembly and collective bargaining. In addition, with a blackout on news coverage of any unrest, workers are completely isolated from international attention.


The isolation of the workers, the presence of the military and the history of the regime is cause for grave concern for the safety and the rights of all workers in Burma and urgently for the workers in the Hlaing Tharyar industrial zone.


It is also important to note that there are no international agencies in Burma who can support the rights of workers and monitor the situation, due to the restrictive political environment inside Burma.

Asian Migrant Centre, MAP Foundation and the Workers and Farmers Solidarity League of Burma, applaud the brave action taken by the workers and stand in solidarity with all workers in Burma in their struggle for workers rights. We are deeply disturbed by the threat of military force by the military junta in responding to these strikes by workers exercising their freedom of association.


The workers in Burma need your voices. They need your trade unions, civil society organizations and media to highlight their situation, to raise these violations of workers rights with your governments, especially those who are investing in Burma and your governments who are trading with Burma. Please petition your governments urgently.


The workers in Burma need you to demand that the International Labour Organisation (ILO) expand its mandate in Burma to include all forms of exploitation, not only forced labour.
You can also write letters to Sen. Gen Than Shwe c/o Ministry of Defence, Naypyidaw, Myanmar, to express your outrage at the use of threats of violence to quell workers’ call for a US$5 a month raise.


And finally please send a message of support to the brave workers in Burma at solidarityburma@gmail.com
Unite with Workers in Burma! 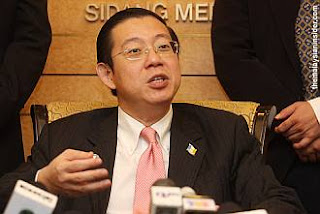 at Saturday, February 13, 2010 No comments:
Email ThisBlogThis!Share to TwitterShare to FacebookShare to Pinterest