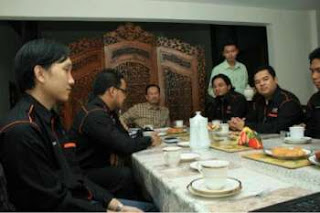 “For someone who has supposedly been sodomised, his conduct is certainly questionable. Despite having been through an ‘ordeal’ on June 26, he (Saiful) still went back to work and was even at Datuk Seri Anwar’s house,” Karpal told The Malaysian Insider after the trial was adjourned this afternoon.

The veteran lawyer claimed that this fact, coupled with Saiful’s delay in lodging a police report over the sodomy, proved that his credibility was “suspect”.

“He (Saiful) admitted that his lodging a police report two days after the incident was his own initiative,” said Karpal.

“What we are trying to establish is that after the alleged sodomy, Saiful went back to work as usual,” Sankara told reporters outside court.

at Thursday, May 13, 2010 No comments:
Email ThisBlogThis!Share to TwitterShare to FacebookShare to Pinterest

at Thursday, May 13, 2010 No comments:
Email ThisBlogThis!Share to TwitterShare to FacebookShare to Pinterest
Newer Posts Older Posts Home
Subscribe to: Posts (Atom)