P. Uthayakumar, P. Waytha Moorthy and HRP has been portrayed by UMNO as racist and who would refuse to champion a Malay victim Anuar bin Sarip who tragically died in police custody at his prime at 31 years of age.

P. Uthayakumar kept the battle for justice going since 1999, some eleven years ago, irrespective of the ethnicity of the victim. In fact this is the very first of the series of death in police custody cases filed by P. Uthayakumar (and not an Indian victim).

Besides Anuar bin Sarip, even way back in 1994, P. Uthayakumar had defended police abuse and malicious prosecution case involving one Abdul Wahab bin Lakmit Hamzah bin Adam (himself an ex policeman) whose son died as a result of police over zealous enforcement.

Needless to mention at the height of the Reformasi movement P. Uthayakumar had defended hundreds of Reformasi protesters so much so that Harakah carried a feature article of “P. Uthayakumar Peguam Reformasi” (written by Zunar and Mr. Koya).

The very first (High Court) case involving an application for a Post Mortem Report was for Ho Kwai See (28) a coconut trader who also died in police custody. (Again a non Indian victim). All the above cases were undertaken by P. Uthayakumar on a pro bono basis.

To us this is part and parcel of UMNO and the Malaysian police special branch’s political agenda in maintaining and sustaining the perception that Hindraf is racist and is not capable of defending a Malay victim. Also UMNO does not wish Hindraf and HRP to make inroads with the Malay community. It does not want to acknowledge that Hindraf is also a champion of the oppressed Malays. Imagine the irony, none of the Malay lawyers, NGOs, PAS, PKR or Umno stood up for oppressed Malays like Anuar Sarip. None! It took an Indian to stand up for the Malay when he had nowhere else to go.

Be that as it may the fact remains that an estimated 95% of the police shot dead by the police victims are Indians, 90% of the death in police custody victims are Indians and the most marginalized poor powerless and politically voiceless community in Malaysia are the Indians as they do not even have the social safety net of the traditional villages and ancestral land that the poor Malays, orang asli, Kadazan and Iban have that thye could fall back on. Even the Chinese poor have hundreds of their Chinese New Villages where they could find some daily casual work, temporary accommodation or simply a sanctuary when times are bad.

All this does not mean anything to the Malay or Chinese communities although it is they and their political parties who are responsible for discriminating and marginalising the Indians. Their attitude is to care a damn and simply grab everything for their own ethnic groups. and when Hindraf/HRP champions these issues, they are immediately shut out and branded as racists and ultras. This is their perverted way to avoid dealing with their own racist and chauvinistic follies.

And Hindraf and HRP will continue focusing on these pressing and critical Indian problems but with the least attention from BN, PR, NGOs, civil society, Indian elites and the print and electronic media, bloggers and the alternative media generally who go for championing and reporting on majoritarian issues (read Malay and Chinese issues) and to the gallery as opposed to the gravity and severity merits, and needs and problems which are most suffered by the most oppressed Malaysian Indian community .

If and only if the One Malaysian and the multi-racial Malaysian community media and NGOs do not sideline Indian problems just because they are poor, powerless and do not have an political effective voice, Hindraf and HRP would naturally have less focus on the Indian poor and would be seen to be more multi-racial.

But that is not seen to be coming. It is the omission and failure of the existing parties on both sides plus the NGOs that brought about the need for Hindraf.

Umno and the average Malay

Umno and the average Malay

In her 27 years as a don in Penang's Universiti Sains Malaysia, Dr Maznah studied Malays in general and Umno in particular. She argues that today, Umno is more like a job than a party at the end of the day. -- ST PHOTO: LAU FOOK KONG

IT USED to be that whenever it came to election time in Malaysia, the country's ruling party Umno would gets its community development workers to fan out to all the hamlets on bicycles and on foot to take the political temperature and assure villagers that Umno was the best doctor for them, taking care of their births, deaths and everything in between. But then village youth began migrating en masse to towns from the 1980s and Umno lost these rural forts.

Malaysian sociologist Maznah Mohamad recalls Umno's women telling her how urban folk would shoo them away and even hurl insults at them if they tried to woo them. Dr Maznah, 54, notes wryly: 'You can't go knocking on doors in, say, Subang Jaya. People will just chase you away. There's no community spirit in such neighbourhoods. Anyway, they're urbanised, so why would they need you to help them?'

An alumna of Macalester College, Stanford University and the University of Malaya, Dr Maznah knows a lot about such matters, having studied Malays in general, and Umno in particular, in her 27 years as a don in Penang's Universiti Sains Malaysia (USM).

She spoke to The Straits Times recently about her country's New Economic Model (NEM) and where Umno stands today:

· Who is the average Malaysian Malay today?

He is male, Muslim and has an excess of rights and privileges without too much responsibility, for he benefits from what I call a vulgarised affirmative action policy formally known as the New Economic Policy (NEP).

Simply because it has veered from its original aim and has metamorphosed into a scheme that equalises rewards rather than opportunities... After a while, even a conscious policy like that is not necessary because it assumes its own dynamics - like people from the same ethnic group drawing their own (into workplaces), so you don't even need racial quotas... But it is difficult to undo a policy that's so entrenched.

· So life is good for the average Malaysian Malay?

Besides NEP rights, Malaysia's Islamic laws today are biased towards male rights, such as polygamy and the unilateral right to divorce. Even Jakim, the Department of Islamic Development, has had to set up a RM15 million (S$6.4 million) fund to assist single mothers who have not received maintenance from their children's fathers. This is not good because the state picks up after these errant males... The average Malay male is treated with kid gloves.

Well, there's really a lot of disjuncture in the system. The (average Malay) has all these rights and privileges, but for a Muslim man who's poor, that's where the problem starts: Psychologically, he might think that he's powerful and head of the household but, realistically, he's not able to maintain it... That's why you find many among them just leaving the family. You also have Muslim wives who earn a lot more than their husbands, yet are forced to be obedient and subservient. There is this whole entrenchment of a kind of politics and culture that does not actually assess (Malays) realistically.

· So what is Umno's attraction to them these days?

The attraction in joining Umno today is still that it's a sure ticket to a plum appointment or business contract because there isn't anything idealistic in Umno today. Sixty years ago, it was about wanting to help the Malays but that is not so today because Malay rights and privileges are already guaranteed in the Constitution... If Umno pays you RM300 a month to deliver letters to its branches, that's enough to pay, say, the loan on your motorcycle. So Umno is more like a job than a party at the end of the day.

· Which begs the question: Who wouldn't want to join it?

Well, those who don't need to, don't have to, right? Also, those who join the opposition Parti Islam SeMalaysia (PAS) have an idealism that has trumped even material benefits.

· That puts Umno in quite a spot, surely?

Exactly. Umno's lifeblood has been helping the Malays get to a certain level. So if the Malays are backward and not able to catch up, Umno would then be forever relevant... But now, what other language can Umno use?

· So why are its leaders saying the NEM must replace the NEP?

In a way, it's the right moment to do so because, on the one hand, Prime Minister Najib Razak isn't exactly all that strong because he hasn't gone through the baptism of elections and was endorsed by Umno when it was at its weakest. On the other hand, you have a growing Malay middle class that is clamouring for reform. This convergence of the weak and the strong makes Malaysia ripe for the NEM.

Having said that, it's a misnomer to call the NEM a model. It's really just a government wish list. Nevertheless, it's going to provide a platform for some very important talking points.

· How fresh are these points?

There are three which have not been stated explicitly before: The first links corruption to the faltering economy; before, corruption was there but it wasn't considered a moral evil... But now the NEM has made that connection, albeit with the fancy-sounding term 'rent-seeking in economic practices'. The second is trying to get rid of affirmative action, using the code phrase 'affirmative action that is friendly to market policy' - which is an oxymoron, right? The third - and this is very important - is how they're going to stimulate the economy by bringing back 'talented Malaysians' which, again, is a code phrase for non-Malays... I don't know if that's possible under the present circumstances, but at least they've identified that as what they've to do. So let's give them the benefit of the doubt.

These three things are good because a good policy has something which people desire commonly. So the NEP was very successful because it was made out to be something that could prevent future ethnic conflicts and also eradicate poverty - and who could quarrel with that?

Yes, but it never hurt the economy - until now - and so Umno became complacent and mixed up short-term necessities with long-term realities.

The only way it can change is if it loses... That's because nothing has changed in Umno, not even its rhetoric. Has money politics changed? No. Histrionics? No. Keris-waving? No.

· Is this Umno's darkest period yet?

There are two ways of looking at it. If you view it in terms of election performance, Umno did very badly in 2008. But if you're looking at Umno versus PAS, Umno is still ahead of PAS by a long shot. In Umno's worst years, 1969 and 2008, it won 35 per cent of the parliamentary seats. PAS' best year was 1999, when it won just 14 per cent of the parliamentary seats. See the gap?

· So who or what is Umno's biggest threat now?

Fence-sitters. The 2008 election was really about them; a lot of seats were won very narrowly and that was when the fence-sitters mattered. 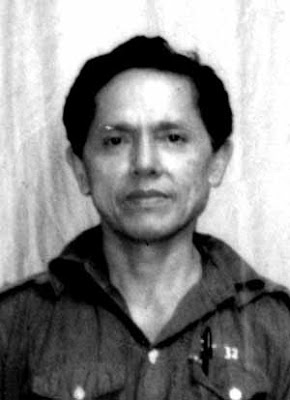 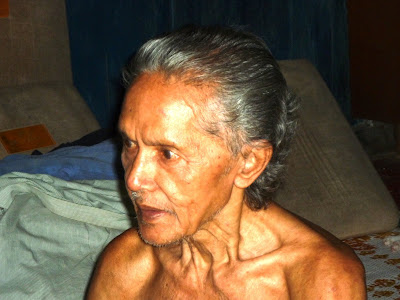 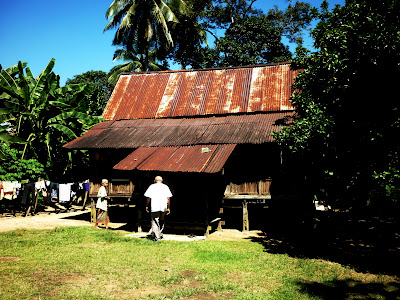 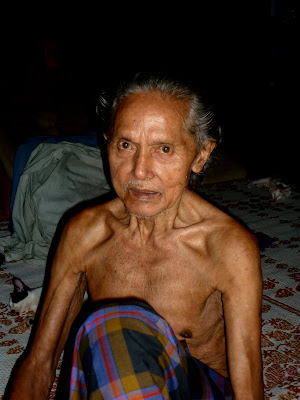 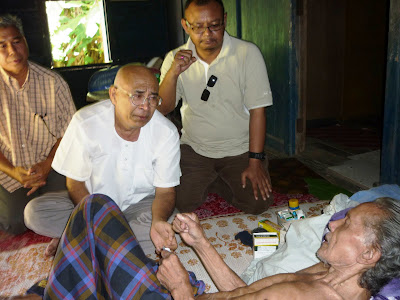 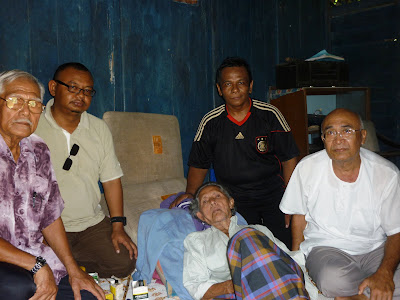 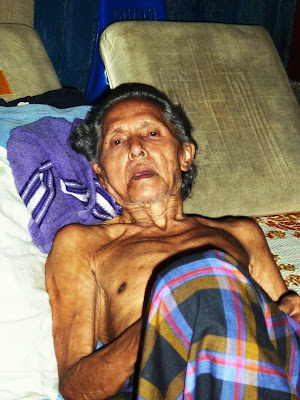 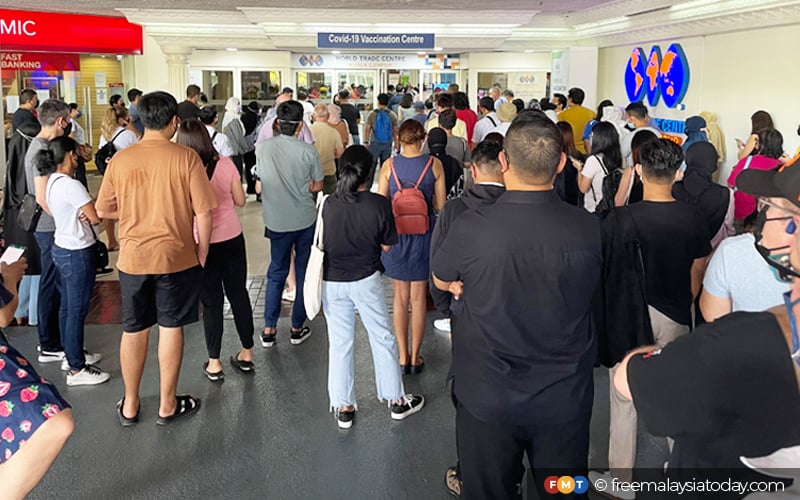