PERMATANG PAUH: He may be the favourite by virtue of his positions as the Deputy Chief Minister 1and Penanti assemblyman. But if Mansor Othman, 60, thinks that he would easily win the coveted PKR's Permatang Pauh division deputy chairman post, the former academician would be gravely wrong.

Local sentiments against an ‘outsider’ could play a pivotal role in deciding who wins the position during the division election on Sun, Sep 19, in Yayasan Aman, Penanti.

Thus, any complacency lulled by his official government positions could prove costly to Mansor, who won the Penanti by-election in May last year.

In next seven days, Mansor got to work overtime, hard and reach out the grassroots to win over the division loyal members, who are traditionally motivated by territorial perspective for his pride is at stake.

Mansor was Balik Pulau PKR division chief until three months ago when he moved his membership to Permatang Pauh division to be closer to his constituents.

Sources said Mansor's challenge on Che Mat, though inevitable, was not liked much by majority grassroots members.

“Mansor had just moved to Permatang Pauh a few months ago. Almost instantly he is seen to be ambitious to oust a local loyalist from a top divisional position. This could backfire.

“Mansor could be the favourite but Permatang Pauh could see an upset,” predicted an insider boldly on Mansor’s chances.

Permatang Pauh division has 6,172 members eligible to vote during the division polls.

Originally the contest for the deputy chairman position could have been a three-cornered fight when division secretary Roselai Muhamad, 53, also filed his nomination papers.

It’s learnt however, he withdrew his challenge within hours later after been persuaded by PKR supremo Anwar Ibrahim.

Permatang Pauh constituency is the fortress of PKR and icon of the party’s struggle. Its parliamentarian is the nation’s Opposition Leader Anwar Ibrahim.

Besides Penanti, the other assembly seats under Permatang Pauh are Permatang Pasir and Seberang Jaya.

Anwar hand-picked Mansor to succeed when Mohammad Fairus Khairuddin quit as then Penanti assemblyman and DCM 1 in the Pakatan Rakyat state government in April 2009.

The ‘Anwar factor’ could still tilt the edge towards Mansor though. However, party insiders predicted a close fight.

Although Mansor could be in stronger political position, nonetheless local sentiments could play a big part in members' mind when they cast their ballots.

Insiders said Permatang Pauh members have always been loyalists and worked hard for the party for all seasons, without Mansor or any other outsiders.

Moreover the division members are already contented with Anwar and his wife Wan Azizah helming the parliamentary division.

Thus, why they need another government official dominating the division especially when Mansor was already an elected state representative in the division? So goes the argument.

After all, argued insiders, “Pak Tam has always been there for us.”

Insiders also believe that on polling Sunday, the members’ gut feelings will ask “why should we change now?”

Campaigns by both Che Mat and challenger Mansor have been largely predictable. Che Mat campaigners have been harping on continuity while Mansor has been telling members to give him a chance to serve them effectively.

Meanwhile, there will be a three-cornered fight for the division vice-chairman post. Incumbent Zainal Abidin Saad, 44, will face challenges from teacher Alias Said, 46, and Seberang Perai Municipal Councillor Ramli Bulat, 59.

Anwar political aide, Zainal is said to be aligned with Mansor while Alias is from Che Mat’s camp. Ramli, who lost the Seberang Jaya state contest in the last general election against Arif Shah, is described as ‘the lone ranger.’

at Saturday, September 18, 2010 No comments:
Email ThisBlogThis!Share to TwitterShare to FacebookShare to Pinterest

at Saturday, September 18, 2010 No comments:
Email ThisBlogThis!Share to TwitterShare to FacebookShare to Pinterest 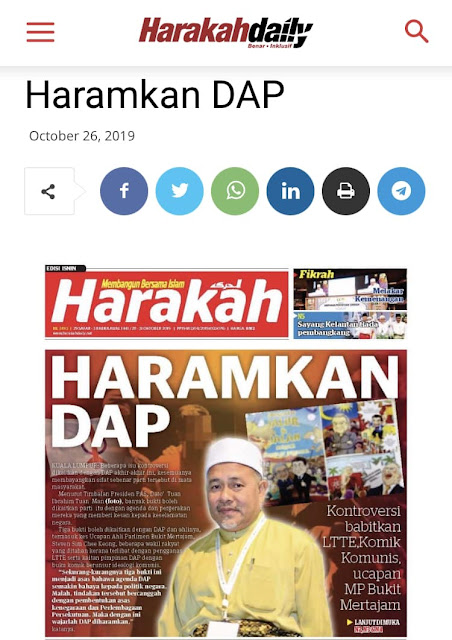 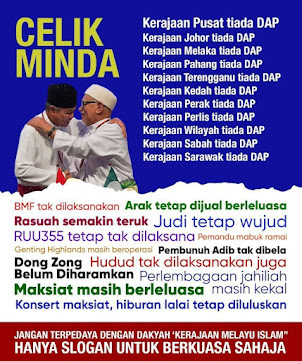